Last Xmas weekend, we went to the DC zoo. It was a lovely day. This post is not about that day.

This weekend, we had a four day weekend thanks to some holiday on a Thursday. Due to various illnesses and holiday preparation work that needed to get done, everyone had a bit of cabin fever. It was time for a dose of cure.

The weather cooperated beautifully; we had a warm winter day for our trip. The sun helped everyone keep a good mood.

We started the day with a stop at a donut shop that I probably can’t name due to advertising copyrights or something. Picked up coffee, breakfast sandwiches for the adults, and munch….. donut holes for the Ps. We got settled into the truck for a few hours drive to the Eastern Shore of Maryland, to the Salisbury Zoo.

It’s a small zoo, but the entrance fee is zero (they accept donations in a box at the door, so we tossed a few bucks in). It has a giant playground attached which was just what was needed for the children. We play a smartphone GPS based game called Ingress. If you didn’t understand that sentence, please ignore the next three and just know that it was just what the adults needed. The place was a forest of unclaimed portals. It’s now linked and fielded full of level 6 green portals. I wonder how long we can keep them, perhaps 90 days?

We split up at first due to bladder size differences. Amber took p to deal with her issues, and I took P to start checking out animals. We spent some time looking at the small exhibits; asking p questions about the animals and asking P questions that she needed to read the displays for answers.

Once we got complaints about hunger, we broke into the excellent lunch of peanut butter and honey sandwiches prepared by Amber, with loads of different snacks. She even filled our water bottles and brought iced tea for me.

A few more animals remained until the other end of the park, then came the giant playground. It’s there as a memorial to a young boy that passed from a form of leukemia. The playground was just what they needed. They both got to play, and we all enjoyed some much-needed time outside.

Even though it’s tiny and none of the snack shops or guest services were open, the place is clean and nicely laid out. Some of the exhibit spaces are small, but overall the animals appear reasonably well cared for. I think that this is a nice stop overall for a laid back day with the family.

The drive home was quiet; P made a list of all the animals that we saw and drew pictures of some of them. p started a nap pretty much the minute we hit the highway. Amber got to soak her brain in a book. I got to drive through the last of the day’s sunlight and reflect on a fantastic family day. 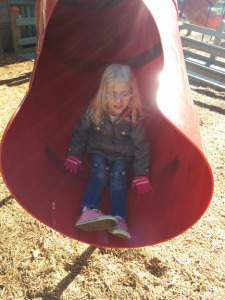 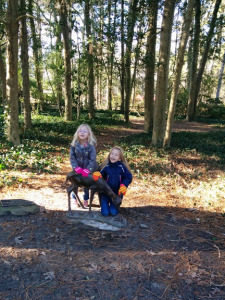 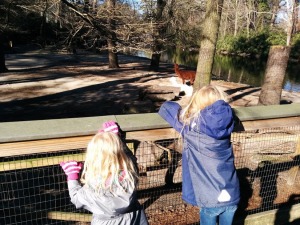 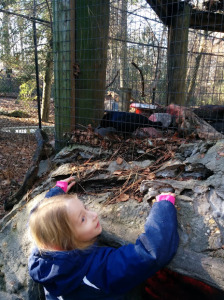