The first international day that we did was Italy. I can’t believe it has been over 2 years since we started this. We will most likely have to redo it in the future for a couple reasons; we were still coming up with the outline of what we were starting, and we had the idea but had not really figured out the best way to execute it. Even now we are finding new resources and adding in new things to improve the international days. One of the things I decided when I came up with the idea was that we would not make any food we normally eat, and for the most part we have kept up with this. With some of the countries this can be a bit hard because everyone has favorite foods that come from other places. The countries we did in the beginning we focused a lot more on the food. Don’t get me wrong food is still a big part of the days, but we have continued to add in more and more. P had just turned 4 and p had only just turned 1. The food and music were enough to start at that age.

The menu for International day Italy was an Italian cod, spinach & ricotta patties, Italian bread pudding and Italian cream sodas. None of the food came out right, except the cod which was pretty good. The patties did not hold up well to boiling, but they tasted ok. The pudding just did not set and had orange peels all though it that even with all the cooking seemed raw. To top it off, I grabbed tonic water instead of club soda making the normally very yummy cream sodas just gross. I think P face below says it all. 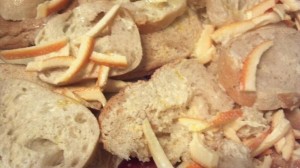 While the food cooked we all colored flags and I read off a few facts I had found online. I love the picture below of p and Chuck. 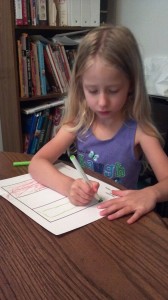 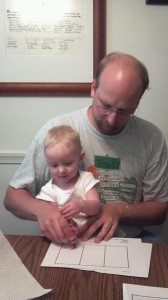 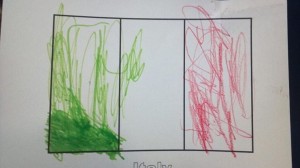 The next hiccup was the music. Chuck started playing a station streaming from Italy. Did you know they like nickelback? After a couple more stations we found one in Italian and enjoyed – well the cod at least – while we listened. Chuck had the great idea to drive the streets on Google maps and see what some of things that were different.

Mostly cars of course. Him and P are great lovers of cars.

So needless to say it was a rough start but we kept with it and now things run a lot smoother. Not prefect but better and everyone seems to have a ton of fun.

Keep an eye out later this week for a post from Chuck telling you all about our favorite gaming con.